God is so amazing in using His children to reach out and bring others home into His mighty, hugging, protective, redemptive, healing arms! 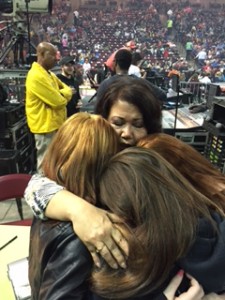 A large African man (former boy soldier, adopted at age 14) came to the Holt table.  He asked me for a hug and as I hugged this young man, he started sobbing.  I just kept hugging until he was spent of all his tears. He whispered in my ear, “Thank-you for letting me see the healing side.  I did not think it was possible for people like us, but I see it in your countenance. Your eyes show it all. I too can make it now!” 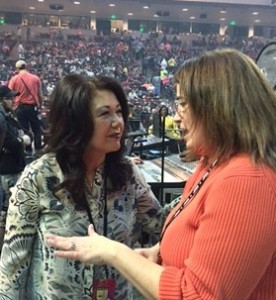 There are many Holt adoptees who volunteer at numerous event locations. It’s a testament of a non-profit whose children are proud of their adoption and the organization. We connect emotionally without words. We are a people group! 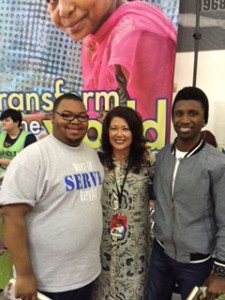 It has been an honor to be a small part of the big picture of Heaven’s will being done on earth through Winter Jam.  My husband and I have grown to love the Winter Jam family!