A Bit of Warmth - She Is Mine - Summary of Chapter 3 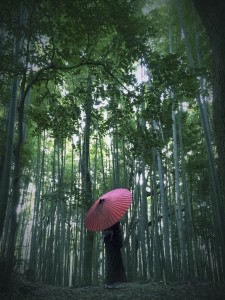 to a dark, chilled room.

Despite all the signs of poverty, the room was clean, earthy, and homey.
He had recognized her as soon as she had spoken to him from the water barrel. She was the quiet, pretty woman who worked in the base mess hall. This was the first time he had heard her voice. There was something distinctive-and lovely-in the way she held her head, in the shape of her jaw and her cheekbone.
As she quietly brewed the tea, the young man looked around, his thoughts swirling. How can she survive on so little? He watched her delicate hands preparing the tea; her grace and her simple beauty touched his deep-seated loneliness. He felt the stress and anguish in his hardened soul begin to melt away. He had come into this cold, hard war a typical American boy, but the stench of death and the horrific images that had been seared indelibly into his senses had turned him into a man. He worried about returning to a family that probably wouldn’t understand the man he had become. Even so, he ached for them. He sensed that she recognized the anguish in his heart. He was overcome first with gratitude-then with longing.

That night, they gave themselves to each other.